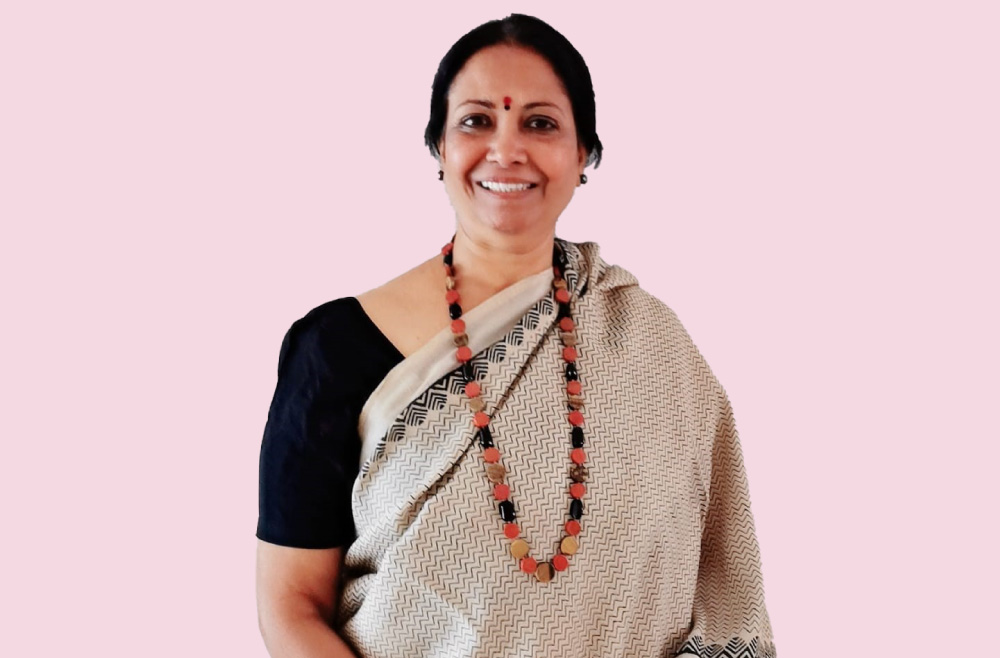 Neeraja Hariharan is a 62 year old Yoga practitioner based out of Gurgaon, India who started her journey with yoga began in early teens. After an unfortunate health issue that put her on steroids for 8 years and resulted in her weighing nearly a 100 Kgs, she went back to practicing yoga and successfully managed to return to her normal physical state. Neeraja practiced traditional Yoga for many years before she came in touch with Srima while exploring different facets of the science.
Once convinced about the power of transformational yoga, she took her initial “500 level “ training from Delhi, under the guidance of Mr. Arjun Goswami, a very experienced yoga teacher mentored directly by Swami Vidyanand , the founder of Srima School of transformation yoga. Neeraja then visited Auroville and studied directly under Swami Vidyanand. Being a trained nutritionist she is now spending her time blending her scientific understanding of food with the various aspects of transformational Yoga.She looks forward to going back to Auroville for more learning with Swamiji and is grateful to Swamiji for sharing his knowledge with her.